VASAVYA MAHILA MANDALI (VMM) established in 1969, is an organization propelled bywomen, with a unique legacy inherited by ‘Gorain Family’and inspired by Gandhian ideology of truth, nonviolence and humanism.It took VMM six years to strengthen and register in 1975, on the eve of the International Women’s year. VMM has carved a special ‘niche’ in the field of social development and service to humanity. This is ‘not for profit’, secular andvoluntary organization for promoting gender equity, egalitarian structures and barrier-free society.

NEED FOR A PLATFORM FOR WOMEN

Women in India in the earlier decades of the previous millennium were confined to houses with secondary status in the family. Girls were not sent to schools, female in general were not allowed to participate in social gatherings and women in politics was a rarity. In early 60s, Mrs. Chennupati Vidya, was nominated as a co-opted member in GollapudiPanchayath (local self-government). The lack of female participation and the need for women involvement in decision making bodies made her to think of initiating a platform for women based at Vijayawada, a town at that time, on the banks of River Krishna. To get nine educated and empowered women to form into a registered society in 1960s was a very difficult task and to convince their spouses to allow their wives to be part of the movement for women was a herculean mission.

NAME OF THE ORGANIZATION

Gora, a social reformer and an atheist named the organization as VASAVYA MAHILA MANDALI. Vasavya (Sanskrit)is an Acronym: 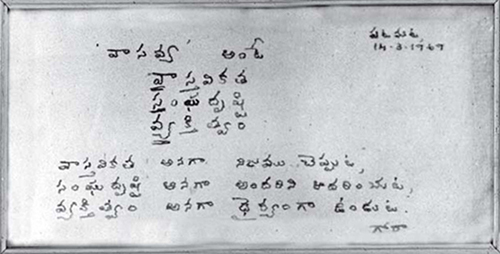 Gora and Saraswathi Gora, social reformers and atheists had provided ideological support toVMM. Mr. Chennupati Seshagirirao, a businessman by vocation and philanthropist and champion reformerfor the development of women and youth by nature and spirit, was a backbone of VMM throughout his life, until his last breath in 2008 and the eternal fortitude through the legacy he left behind with members of his family.

The biographical skeches of Patrons of VMM 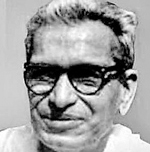 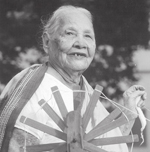